I  haven’t watched any new anime lately. The reason for this is that Netflix and Hulu have not put any new ones on their list.  Worse, Netflix  ‘s  list has gone down from 98 animes to 35.  About Hulu’s….. though they have hundreds on their lineup, there has not been any movement lately. So, I have decided to post about a manga that ended about 3 weeks ago. It’s Ookami Shoujo to Kuro Ouji.  (  Wolf Girl and  Black Prince ) 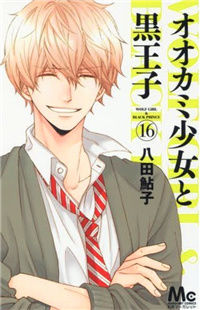 Synopsis from Mangahere : SPOILERS AHEAD !

Shinohara Erika lied to her friends about having a boyfriend by showing a picture of an anonymous guy  who turned out to be their schoolmate , and was recognized by her friends. ( Of course, he is currently the school’s Prince , Duh !)  Their conversations were overheard by the guy, Sata Kyouya. Erika went to explain to him the situation in secret and proposed the idea of  faking their relationship. However, Kyouya  , who actually gives off the charming, sparkling nice feeling to his fans,  turned out to be a black prince ( Kuro Ouji ) , accepted the proposal, and proceeded to blackmail her , and made her his dog on a leash. (  Ookami Shoujo )

In other words,  she became his slave, calling her dog all the time, and the only reason he agreed was he found the situation an amusing way to kill time. Kyouya also had a foul mouth and totally sarcastic.  So, okay,  I thought this was a different romantic plotline with the main guy a total jerk, and the girl a pitiful doormat. Oh,wait…..  it’s cliché ! ! !  This kind of plotline is 90% typical of shoujo romance.

Kyouya’s cringe-worthy behavior became too much for me to take that I wanted to drop this manga.  For instance…. there was this guy, Kurasabe,  Erika’s classmate,  who was crushing on her.  On Valentine’s Day, Erika made chocolate  cupcakes for Kyouya….. but she also made ” courtesy ” cupcakes for her friends. Kurasabe mentioned to Erika he had never received a Valentine’s gift… so Erika gave him one. Later, Kyouya saw Kurasabe  looking so happy and saw the gift, as well….. much later, Erika gave Kyouya her gift, then Kyouya saw it was exactly the same gift that she gave  Kurasabe.  So, what did Kyouya do ? He threw the cupcake to her face. What the ! !  ( See what I mean ? )  The tipping point to me though was this….  Kurasabe confessed to Erika, then stupid Kurasabe informed Kyouya about it. 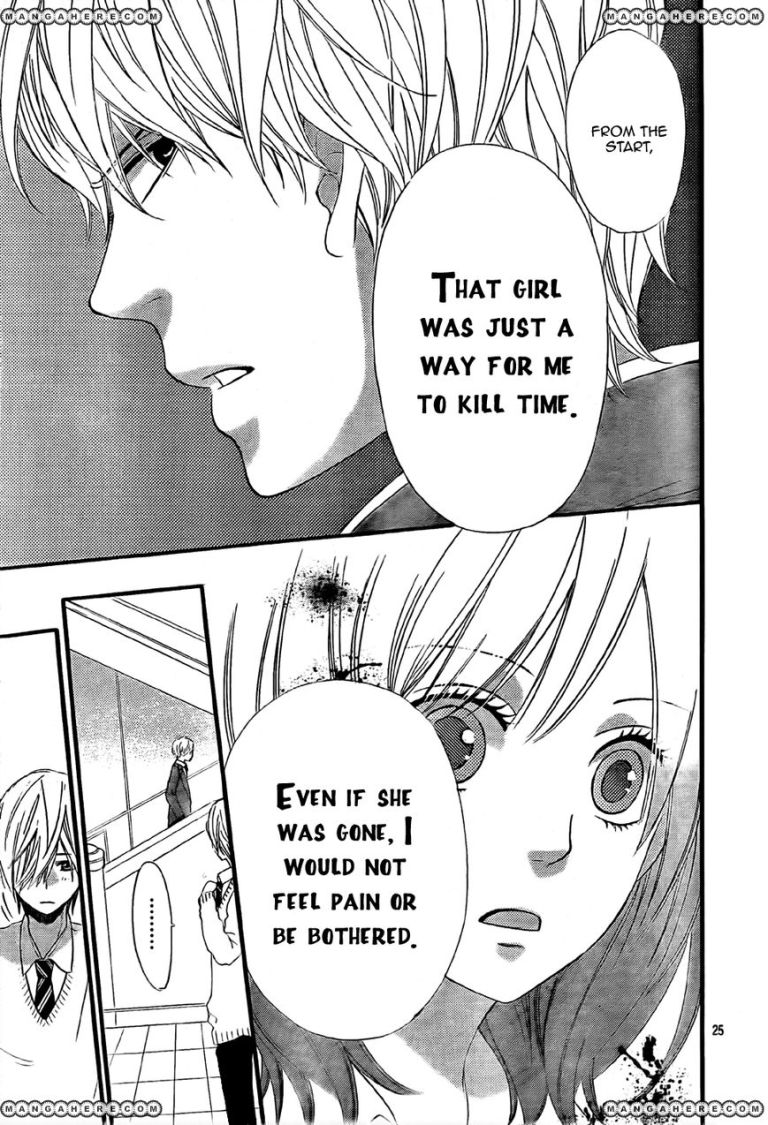 Erika overheard the whole conversation.  Ouch.  Later,  Erika thanked Kyouya  for everything he had done for her, blah, blah, blah. And broke up the relationship. Well, it was fake, anyway.  I applauded Erika for that. I thought finally she grew a backbone.  To make the story short,  Kyouya  ran after her when he thought Erika and Kurasabe  would get together.  And of course, she rejected Kurasabe and came back to Kyouya…. and they became a real couple.

I wanted to drop the manga after that. Did he change ?  No ! The insults , sarcasm, and foul behavior continued on… and Erika just took it.  In fact, up to the end, married to Erika, and with a 5 year old kid together,   the foul mouth was still there. It was in his DNA, apparently.

Here’s the thing….. I did manage to reread more than 1/2  of the manga this week ( so I could write about it….. after all,  it’s been  5 years  ) and , I got a different perspective on Kyouya’s  personality. He  ‘s too proud to show his feelings…. and , does the opposite, when in fact, he has fallen totally and  irrevocably head over heels   in love with her.  Erika , on  the other hand, has accepted him, warts and all.  I also saw something in Kyouya that I could relate to.  Erika  has a template on how lovers should act….. like, feeding food to Kyouya. ” Say, ahhhh…. ”  And Kyouya’s like, ” the heck ! Don’t wanna ! ”  Well, folks, I can’t see myself doing that, either.* shivers*

Thank you for reading.