The 5th season of RWBY  is nearing its end. For sure , there is going to be a 6th season ( the developers call it Volume ), in Fall , 2018…..still a long ways off, sadly. The nice thing about Rooster Teeth, the developers,  is that they always honor their promise to put out new volumes, without fail, since 2013.

So much has happened on Volume 5….. betrayals, discoveries , character twists, and quite a few hiccups. Volume  5 is jampacked with so much story twists and backstories that I don’t know where to begin.

RWBY stands for  the team of Ruby, Weiss, Blake and Yang, 4 students of Beacon Academy who are studying and training to be Hunters/Huntresses.  Only those with potential skills and power ( manifested in their auras and semblances ) are trained  to protect the people of Remnant (  this is what they call their world ) from the Grimms,  creatures of destruction.  The head of Beacon Academy is Prof.  Ozpin.  Prof. Ozpin’s  origin has been a mystery to all ( except a few “trusted” people ) up until Vol. 5 when he himself reveals who he  is.  In this volume, we learn he is actually one of the two principal characters in the the story,  the one who started this all.  The other is Salem, the main antagonist, Prof. Ozpin’s counterpart, and  the core  of all that is evil in their world.

In Vol. 1 to 4,  Beacon Academy has been attacked by Grimms, and the violent rebel group White Fang, headed by  Adam,  a Faunus , a species different from humans ( although they look like humans …… how should I say it…… they are the ” other” , and in today’s  America,  they are the non- whites ) Blake , the B in RWBY, is a Faunus, and was a member of White Fang who  had a change of heart.

In the attack,  Prof. Ozpin ” dies” , the city of Vale ( where the academy is located,) and the school itself are destroyed. Blake and Weiss go home to their families, Yang’s arm is decapitated ,(  by Adam ) Pyrrha, a member of another group ( Pyrrha, Jaune, Nora and Ren ) is killed by Cinder.

While Yang is recuperating, Ruby decides to go to  Haven Academy to seek refuge, and to continue her training.  She is joined by Nora , Ren, and Jaune  (  and Ruby’s Uncle Qrow who secretly follows them )

Vol. 4  is  merely the 4 students’  travel to Haven  , and their battles with the Grimms  that they have unfortunately encountered on the way to Haven. It ends with a cliffhanger….. the re-appearance/ reincarnation of Prof. Ozpin who has possessed the physical body of a 14 year old farmhand named Oscar, and his meeting with Uncle Qrow, who is not even surprised when Oscar introduces himself as Ozpin. Below is Ozpin as Oscar

The other characters,   Ren, Nora and Jaune

a)  Ruby Rose and Yang are sisters, with the same father, Tai, and different mothers.  Yang, 2 years older than Ruby,  has Raven,  still alive , and is the leader of  a tribe, while  Ruby had Summer Rose, deceased .

b)  Qrow  and  Raven are siblings.  Qrow , therefore, is not Ruby’s biological uncle.  Ruby and Qrow though are very close, and he’s very protective of Ruby,  which makes me suspect  he is actually Ruby’s father.  Add the fact that Ruby ‘s last name is her mother’s , Rose,  but Yang’s is Xiao Ling, Tai’s last name.  Why is that ? 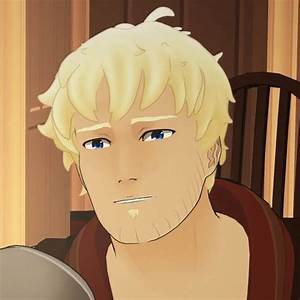 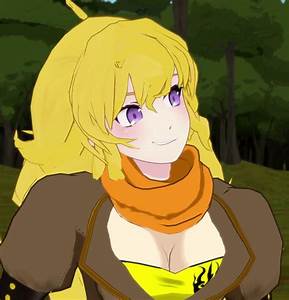 and Ruby, the split image of her mother, and her silver eyes (  significant characteristic in RWBY ) 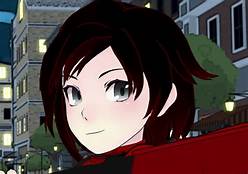 c)  Ozpin is more than a thousand years old, the king of Vale, and the powerful wizard in the legend of  the Four Maidens. (  Fall, Winter, Spring, Summer ) and the one who had bestowed enormous power to the four maidens, hoping that this power  could be used  against Salem.

d) The existence of the four maidens  is the real core and heart of  RWBY. ( a whole new post for this )

The story and plotline is definitely more mysterious and complex than my long summary. Take note…… this is the plotline of  5 volumes of RWBY.

h) Side of good wins , although ,, except for Prof. Lionheart and Cinder, the rest of evil forces manage to escape/

This is all for now.  I highly recommend  RWBY which I rate 8/10. Watch it on YouTube or Netflix.